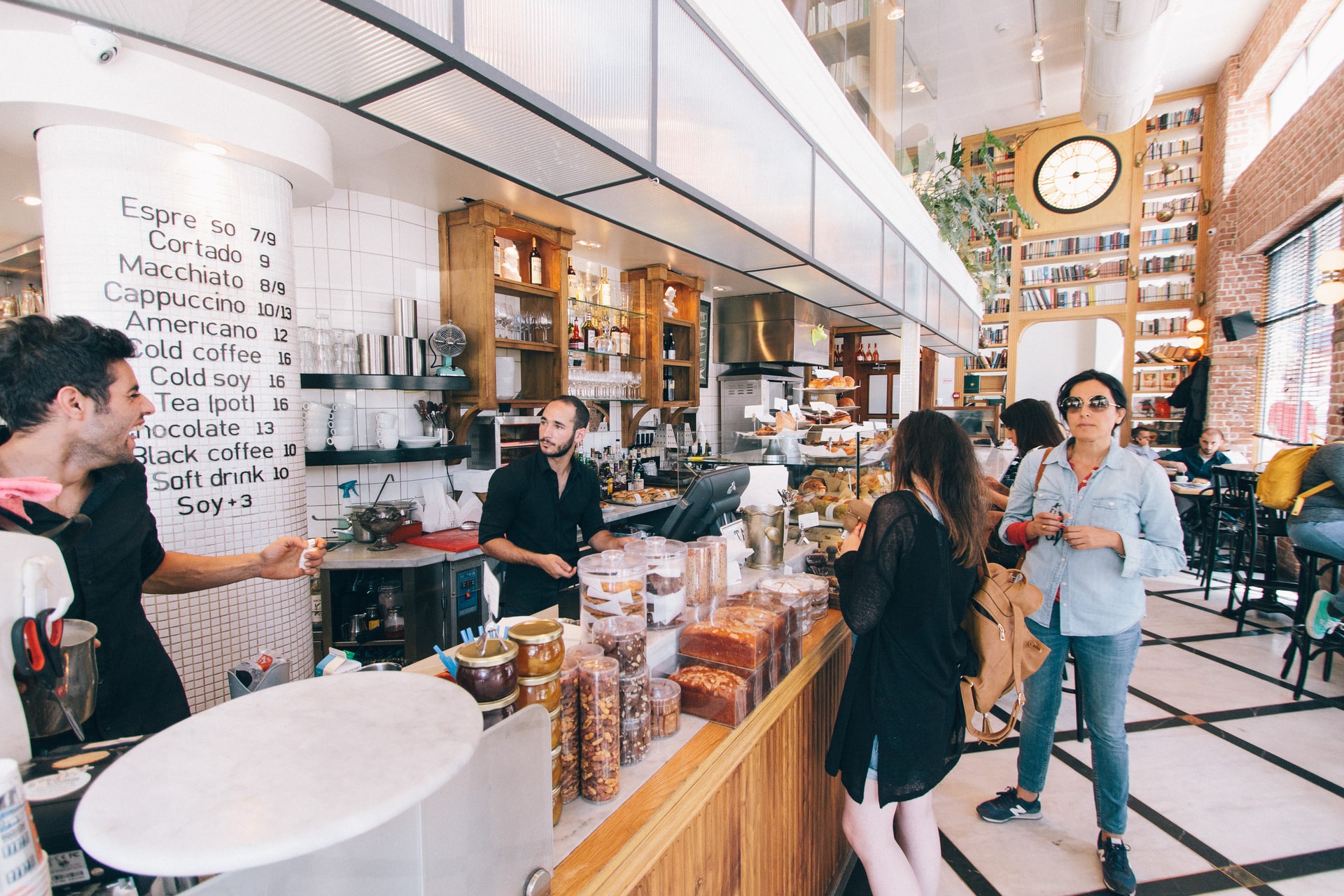 What’s in a value of a customer? Sometimes open to debate, the discussion is often advanced the right analysis.

This was an interesting, numerical read on Lifetime Value by KissMetrics using Starbucks as a case study (click to expand). 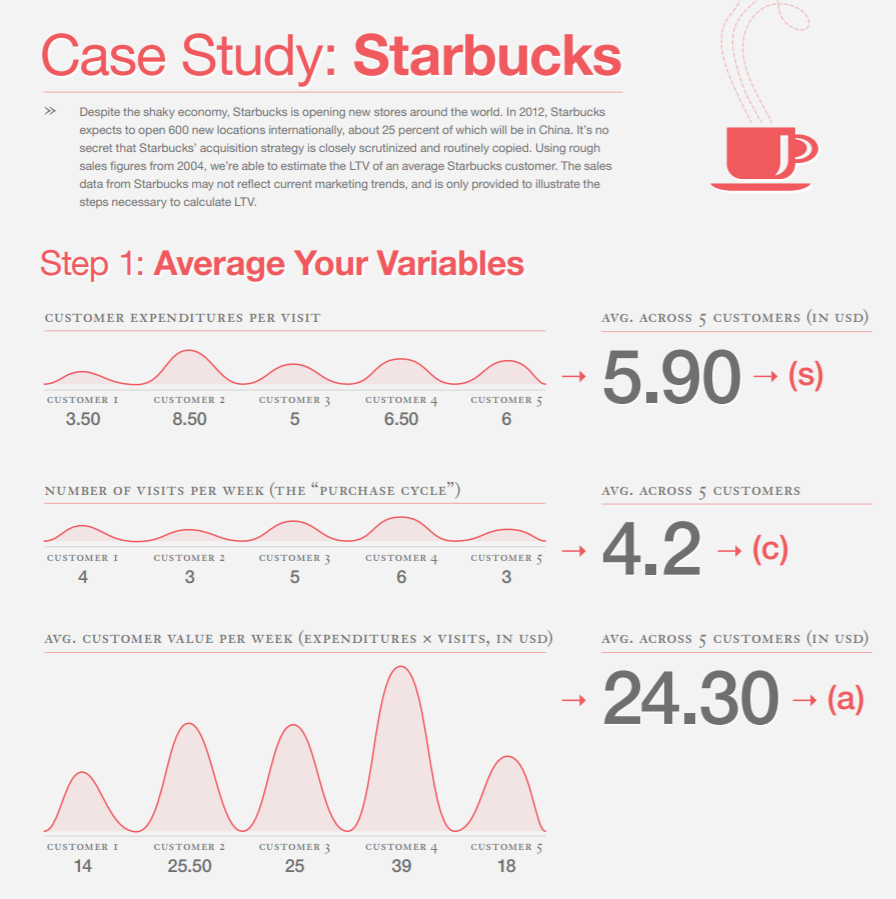 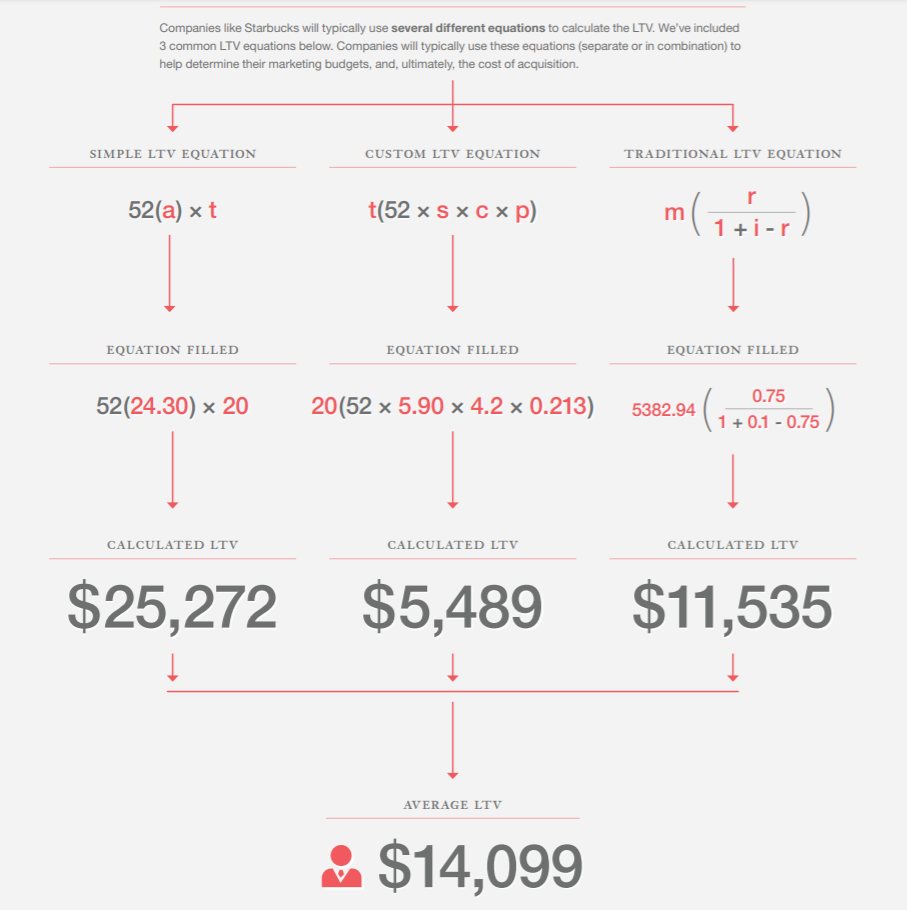 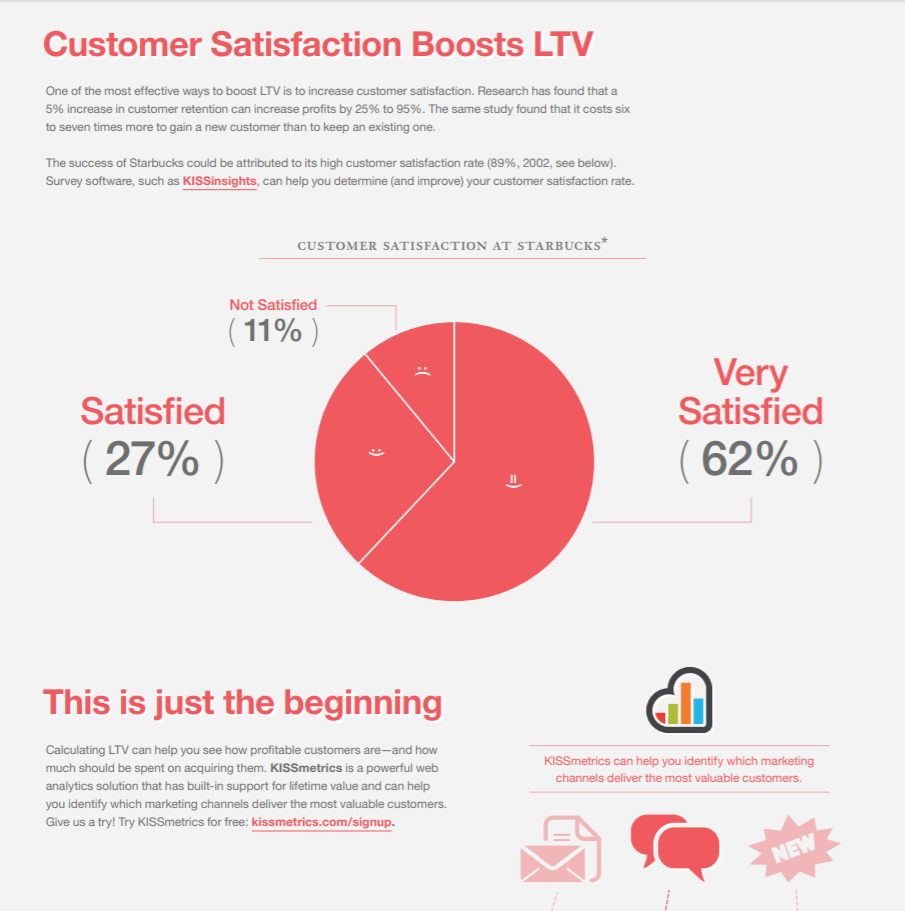 The equivalent can (should) be done for eCommerce whether your revenue is monstrous or tiny. All that matters is consistent data that you can trust.

Let’s start with the Why.

(For another thorough and a remarkably still relevant read, check out Avinash’s classic LTV post.)

To get beyond the abstract, here’s a Data crunch to begin (or to send on to your analytics person/team).

The goal: Rolling 3 year averages to establish “MVC” (Most Valuable Customers) and Average Customer (AC) – here’s what we ran. After some data hygiene work:

Because Averages are limiting when providing insights, looking at subsets of LTV can be more telling. Start by collecting data on:

Customers whose first purchase was a discount. (Discount Buyers LTV)

If activity is disproportionate in November/December as with most eCommerce, customers whose first purchase was a holiday season purchase. (Holiday Season Buyers LTV)

After establishing these metrics, a bottom-up model can be created to be more accurate and reflective of current and predicted future customer yield.

As you can see from the “CYCLE Data” table above, in this case Lifetime Return on Ad Spend allowed for a (far) more aggressive threshold for Customer Acquisition Cost; leading to wider targeting, higher velocity and scale through high-ROI channels.

“What price do you want to show your client?”

At the end of a long boardroom table, his voice lowered slightly, quickly switching the vibe from ho-hum sales pitch to hiring a hitman with a briefcase of unmarked, non-sequential bills.

“Um, we want to show them the price that it costs?”, I inflected upwards to make sure this came out as a question.

“But you can mark it up to include your fees…your profit.”, he offered. Carefully selected words, undoubtedly delivered hundreds if not thousands of times.

As we parted ways, he spoke more, confirming suspicions. The programmatic display network was inviting us to resell their reselling.

Marking up the cost of advertising is neither new or by itself, shady; these costs often factor in data services and manhours recovered by the media company or agency. When cloaked from the end advertiser, it sure is a roundabout way to be compensated.

The opposite of transparent.

Some of it is naturally occurring, and some with a deliberate and murky translucency. As a brand or a marketer, three major influences are noteworthy.

In terms of advertising budget share, Facebook and Google are runaway trains. The sheer dominance via scale and targeting options makes it hard for non-duopoly to compete.

(They’ve also made it dummy proof to “buy ads”. My 9 year old niece can click Facebook’s Boost Post button and have an ad live within minutes; albeit likely aided by the skilful pilfering of her mom’s credit card.)

As a result, traditional publishers like online newspapers have to resort to relationships with media buyers, band together to form premium inventory alliances and go back to old tricks like agency kickbacks and box seats. There’s also a reliance on creative reporting, hyping up impressions and building hard-to-measure yet saleable ad units with no direct programmatic comparators. If apples and oranges are too similar, let’s sell avocados.

Agencies are willing participants in this ad spend shell game when there’s a profit motive – shrinking billing rates have left them no alternative.

The problem? This relationship isn’t tenable; you’d be hard pressed to find brand marketers who aren’t unifying their marketing measurement to compare their media mix.

Over the past decade, the data revolution brought about a jolt to the workings (and profit margins) of the traditional ad agency. Brands began asking for the numbers to back up the creative output of their agencies; long revered for the ingenuity and subsequent reach of their campaigns. Wails of the shrinking creative now bemoan overly-tested averages, under the gun to crank out one-size-fits-all ideas shoehorned into 8 second pre-roll ads that cater to 4 second attention spans.

It’s thankless work. That pays less than ever.

The other elephant in the room? Most marketers aren’t math geeks. The glamour of the Mad Men pitch once drew in the strongest lateral thinkers to advertising. Today, this pales beside the tedium of the work: learning new digital measurement acronyms whilst staring at the monochrome dashboards that count results. It’s hard work that repels the most creative minds. Worse still, discovering what was learned last year isn’t relevant today; platform, ads, costs change so fast — what “good looks like” is a fluid concept.

These two trends have given rise to a “We can do that too” mentality – branding agencies take on content, social agencies churn out search ads, PR companies become hobbyist media buyers and print-focused creatives now do digital production. The rampant gig economy allows a quickly (and often poorly) sourced hired gun help the agency sell expertise they don’t actually have.

Fake it WHILE you make it.

The piece de resistance then becomes the wrapup report, less a statement of impact and more a flowery exercise in creative writing. Special guest appearance the shiniest, token numbers which fit the narrative.

“Why did we spend all this money on influencers this year? Do we know the numbers?”, the president asked out loud at the year end meeting.

His brand managers were mostly silent. One pointed to the success of an Instagram contest. Others hemmed and hawed. Authentic, User Generated, Millennial, were all offered up.

On the other side of town, a social agency struggled to reason with an Instagram influencer with a million-strong following and a $10,000 per post fee.

“I can’t get that much per post. The campaign is focused at Canadian consumers, and I’m having a hard time showing the brand you have an engaged Canadian audience. They understand the premium for branded content and have a budget for it, but things aren’t aligning with the numbers.”

In confidence, I later asked the president which of the brands’ various agencies would be the best fit to work alongside our data-driven M.O and his answer was deflating. “We’ll see. To be honest, I don’t trust any of them.”

As marketers, we are amidst interesting times. The oft-promised future isn’t quite here but it’s close. On the horizon? Chatbots, retail store and shelf attribution, programmatic TV, AI impacted media buys and blockchain content consumption and compensation. Sooner than later.

To get on the right side of the innovation bubble, unmasking the truth in a few areas would be wise.

Transparently achieved and trusted media baselines can help Google, Facebook and non-duopoly ad placements win out, whether for Brand or Conversion.

Agency compensation mutually aligned as remuneration for impact versus conveyor belt output. Creativity not choked to death by averages.

Influencer relationships which also reward creation and strategy, supported with strategic ad spend would be longer lasting than speculating on reach, with unachievable ROI goals.

Candid conversations to be had out loud, rather than the hushed tones of markups that prop up quickly dying models. When in doubt, adhere to one of my favourite quotes, by Carl Sagan:

“That can be destroyed by the truth, should be.”